We’re constantly surrounded by microbes that can eat our eyeballs, but that doesn’t usually happen unless you wear contact lenses.

Contacts are awesome, but anyone who’s worn them, knows that they can cause problems, like redness and eye pain. But the most serious problem is something called “Microbial Keratitis,” which is an infection of the cornea. The cornea is the clear layer that is considered the transparent window of the eyeball.  And if it gets infected it can sometimes lead to blindness. Lots of different germs can cause keratitis: bacteria, fungi, viruses like herpes, and even amoeba. The interesting thing is that the species of fungi, amoeba, and bacteria that cause the disease are actually found all over the place. Literally. For example, Pseudomonas aeruginosa, which is the most common keratitis-causing bacteria, is actually found in tap water and on the lettuce in your fridge! But if these bugs are so prevalent, why aren’t we constantly getting infections?

Great question. Well, because our eyes are really important for our survival, we’ve developed lightning quick defenses to kill most germs that land there. In fact, these defenses are so good that by studying the eye, scientists are starting to learn some secrets for keeping other parts of our body pathogen-free. The problem is that these super prevalent microbes are super prevalent because they’re awesome at adapting to new situations.

So when you trap them against your eye with a contact lens for hours on end, you could essentially be selecting for bugs that can survive this really harsh environment. The few that make it actually like it there and keep on replicating. To make matters worse, when you remove your lenses and leave them to soak, you may be selecting for bugs that can survive antimicrobial solutions, as well! Eventually, these superbugs might start eating their way through your cornea.

If you feel any discomfort in your eye, like if it feels like there’s something stuck in there even after you take out your lenses and that feeling just seems to get worse, keep those lenses out of your eyes and let your doctor know. If you wait too long, your body’s inflammatory response can kick in, which can cause its own damage. In fact, it’s sometimes the inflammation, and not the amoeba or bacteria, that finally causes blindness.

Keratitis only affects about 0.2% of people who wear contact lenses on an extended basis. But for those who get it, it can be extremely serious, so scientists are studying how to prevent it altogether. But in the meantime, if you’re a contact lens wearer, what can you do to prevent keratitis?

Well, it’s not foolproof, but wearing the type of lenses you throw out at the end of each day could help. And of course follow your doctor’s instructions. 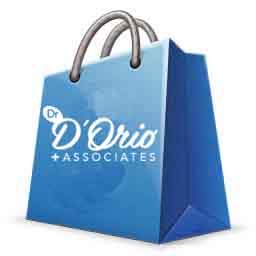